Once upon a time there was a Christmas party to which all the animals were invited. A cake was to be baked – a cake of such splendour, no creature had seen something quite like it before. Each animal was to make a contribution.

The squirrel had found an assortment of nuts, and the elephant helped him crush them. The lemurs brought bananas, carried by their curly tails. The fox had made a jam out of rowanberries. The penguins smoothed the sides of the cake with their flippers, and the hummingbird arranged 160 candles on top of the cake, and everything looked just perfect.

But wait! Something very important was still missing.

Who would light the candles?

The animals scoured and scoured for some matches but couldn’t find any. The cat tried to hold a magnifying glass to the sun, but the winter light wasn’t strong enough. The bear cubs hit rocks together, but not a single spark would fly. The ducks found some kindling and the raccoon rubbed a stick of fir with all his might, yet not even the faintest puff of smoke would appear. The animals were all but ready to give up when the little field mouse sneaked out.

She made her way deep into the forest, over the freshly fallen snow, to a dark cave in a hill. As she slowed down and stepped in, a sliver of light hit the party invite, discarded on the ground.

“Excuse me”, she started into the darkness, hesitant but sure. “Could you please help?”

Help was granted, and the mouse led the way back to the party. As she opened the door, a frightful shadow was cast on the floor. The animals let out a sigh of awe and gave a bow.

The forest dragon he stepped up to the cake. He glanced at the mouse under his brow and the mouse gave him a nod. He inhaled and breathed out just enough fire to light each of the 160 candles, one by one, until the cake glittered like a Christmas miracle. Everybody cheered and hollered.

The mouse handed the dragon a plate and a knife – he was to cut the first piece as the guest of honour. A shy smile spread on the dragon’s face.

After everyone was good and full, and the cake gone to the last piece, a joyful dance broke out, and it didn’t stop until Christmas morning.

Participate in the Christmas adventure and win a prize! 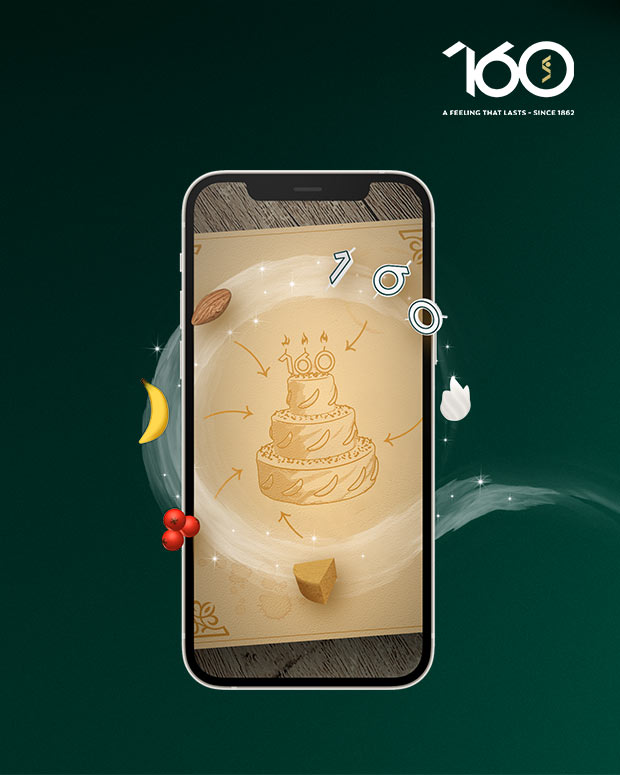 The popular virtual Christmas adventure returns to all department stores. This Christmas, the forest animals are making the finest cake of all time for their Christmas party, but the ingredients are strewn around the department store.

Help the little bakers find the missing nuts, bananas and other ingredients using AR technology. When the cake is ready, you will receive a prize.

Participate in the adventure